The popularity of this JavaScript library is unquestionable and our Upskill React program is the answer to the demand. React is the future of the web, and globally the job listings for React developers are on the rise. Just a quick search in Glassdoor shows over 30 000 results!

But is there a demand for React developers here in Bulgaria? We decided to verify all of this with experts from TechPods, Chaos Group, and Progress. 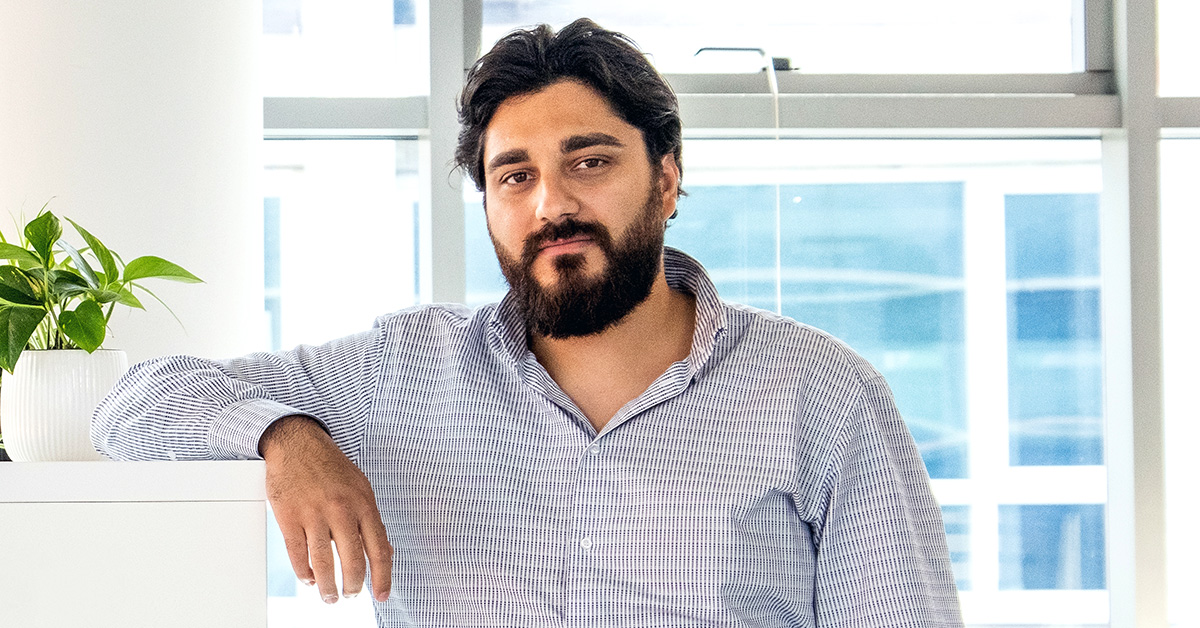 We start the series with Mike Panaytov, Co-Founder and CTO of TechPods, who has 17 years of experience in all levels of software engineering and architecture. Outside work, he is a technology evangelist and home automation enthusiast. It’s a real pleasure to talk to him about React, the most popular JavaScript library in the world, but also the importance of upskilling and the future of work.

TechPods is an exciting company. Best described by its co-founder and CEO Benjamin Kane, in an interview for Campus X’s blog:

“TechPods is different because we are fully transparent, and we select our clients carefully. With a global market size of 66.5 billion USD, we believe there is plenty of room for an original approach in the ITO industry.”

TechPods was one of the first companies to validate the Telerik Academy Upskill React course. What did you like in the program, and why did you decide it was relevant to your business?

It may sound like a cliche but we live in a dynamic world. Every day we see new products, created with technologies that didn't exist yesterday by people without any prior experience before that.

When we think about it, there are a lot of professions, especially in the IT sector, that just weren’t present 15 years ago.

That’s how dynamic the world has become - for better or worse.

That’s why the idea that a person can fully complete his or her education is outdated. Furthermore, because of this, the curriculum in the universities are usually a couple of years behind - a fatal delay in our line of work.

What impressed me in the Telerik Academy Upskill React program is its relevance and practical focus. I’ll give you an example. During one discussion about the curriculum, we talked about adding Recoil in addition to Redux. It happened just 2 or 3 weeks after Recoil was firstly announced!

Can you imagine a discussion like this happening for the curriculum of a university? Well, I can’t.

Let’s talk about trends - is the popularity of React as a preferred technology on the rise in the corporate world?

It is interesting that React started like any other JavaScript library - with a short life expectancy, waiting to be replaced by the next library with just as equal life span, and so on. But that is not the case.

React is based on ideas that turned out to be extremely effective and sustainable over time. I think that Facebook has a massive role in this. The company is not afraid to develop React with the most modern and contemporary trends, even if this means frequent deprecation of lifecycles or even the main syntax for the definition of the main components of the library.

Let me give you an example. I started working with React in 2014, and since then I went through three different types of syntaxes - React.createClass, ES6 classes, and currently - Functional Components. Oh, and we must not forget the concept of Hooks. In the end, if we compare React code from 2014 with one from today, they will have little in common.

Facebook’s unprecedented bravery is the main reason for React to be more viable than ever. Seven years after its first release.

According to the State of Front-end report for 2020, 74,2% of frontend developers had used React during the last year. Angular and Vue, taking respectively second and third place, are way behind with 33.4% and 29.9%. This is a trend that we clearly see in our company - almost all inquiries for frontend specialists are about React. 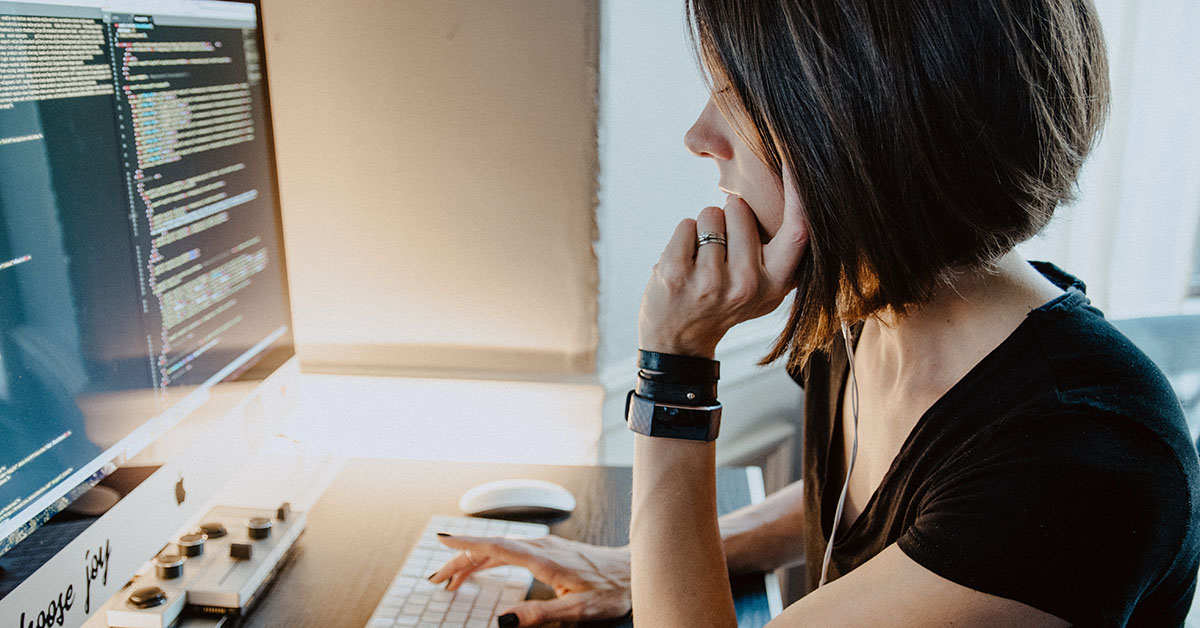 Based on your observations - is there a demand for React developers today, and are there enough well-prepared professionals?

The industry is in a short supply of well-prepared professionals, but that's not surprising. As I previously pointed out, currently, React is the hottest JavaScript library, and the demand for React developers is extremely high. Developers with more experience and those who keep upskilling are more valuable and more sought-after and naturally harder to find.

What is your preference - hiring developers who you later train in-house for the in-demand technologies like React, or hiring already experienced devs?

For us, it depends on the requirements of our clients. Every case is different, but my philosophy is that each team needs balance. A team composed only of managers is just as ineffective as a team from junior developers, for example.

There are some particular qualities we look for when interviewing potential job candidates. Among them, is the way the candidate addresses tasks and problems, and not so much his or her skills with а given technology. Of course, it’s important to have the necessary expertise so we can speak in the same language, but beyond that, the ability to reason and think has more influence on our decision.

Although our company is small and we don’t operate with the resources of the big corporations in the sector, we are not shy of hiring people with no practical experience, but with a lot of potential and desire to learn. So we invest in them. Until this moment, we were never wrong in our assessment, and we are proud of every member of our family.

How important it is for developers to keep upskilling and learning new things and how essential do you think is to have courses like Telerik Academy Upskill React?

Usually, I tackle every case with a zoom-out approach, and I will use it for this answer.

We are on the verge of a couple of technological revolutions that will completely change the labor market, communications, business, and our way of life - automation, 3D printing, AI, VR, Brain interface, CRISPR/Cas9, just to name a few. According to different reports, in the next 10 years between 30 and 40% of all jobs will be affected. But I believe that no one has a clear idea of how many new professions will emerge from this shift. I am not afraid that people won’t have any job opportunities. I am afraid that they won’t be ready for them - there is only one way to be prepared - by constant upskilling and learning.

By learning, I don’t mean 12 years at school and 4 years at university. This type of thinking is over.

When the first graders finish high school, the world will be nothing like it is now. Education is not something a person can finish. Today’s modern person has to acquire new skills and knowledge daily basis to stay active and relevant.

I’m 33 years old, and my generation is the first in human history that has to change qualifications more than a few times throughout his/her career to stay relevant to the labor market requirements.

This is new for people. For thousands of years, we were leading our lives by the knowledge shared to us by our parents - how to hunt, how to grow our food. Even the introduction of the steam engine didn’t push people to immediately and drastically change their skillset.

The internet happened a mere 30 years ago.

The smartphone revolution started a decade ago. Social media, IoT, Amazon Echo, Netflix, Oculus, Uber, Revolut - all happened yesterday, and every single one of them laid the foundations for a small revolution that changed long-established concepts.

I believe that from all sectors, education will have to change the most. That’s why initiatives like Telerik Academy are a glimpse in the future of education, upskilling and reskilling. 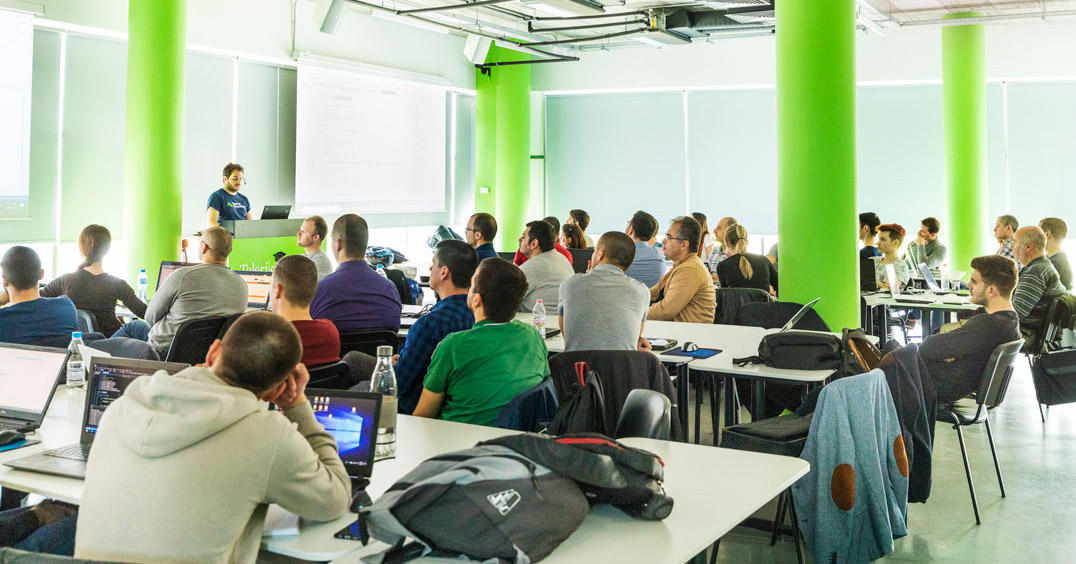 Speaking about the future - how does it look for React? Is it true that mastering React today is an investment for many years to come?

Anyone who claims that knows the future, is mostly deceiving himself. But I think it is safe to predict that React is here to stay.

If Facebook continues to invest in React the same way it currently does, there is no reason to think otherwise. I am pretty sure that React is not going to disappear any time soon. But even if it does, there will still be a high demand for specialists. Same goes to every software and technology that has reached a certain mass of users, projects, ecosystems, like React.

I believe React’s future shines bright. Furthermore, today the library is so much more, and it is part of the mobile and desktop world as well. Investing in React will help you expand your skills even outside the web.

Augment your developer's skillset and take your career to the next level with Telerik Academy Upskill React. Here’s how to do it. The application deadline is September 12 at 11:59 pm. 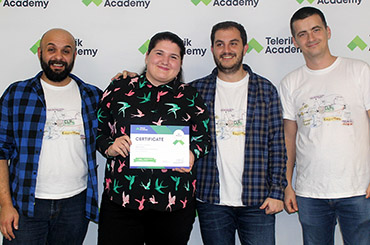 How Maria transitioned from Finance to Programming

With a strong background in Finance and Procurement, Maria had a steady job. But something was bothering her - she couldn’t imagine doing this for the rest of her life. With her 30s approaching, she decided to follow her passion and move to IT. Read what happened next. 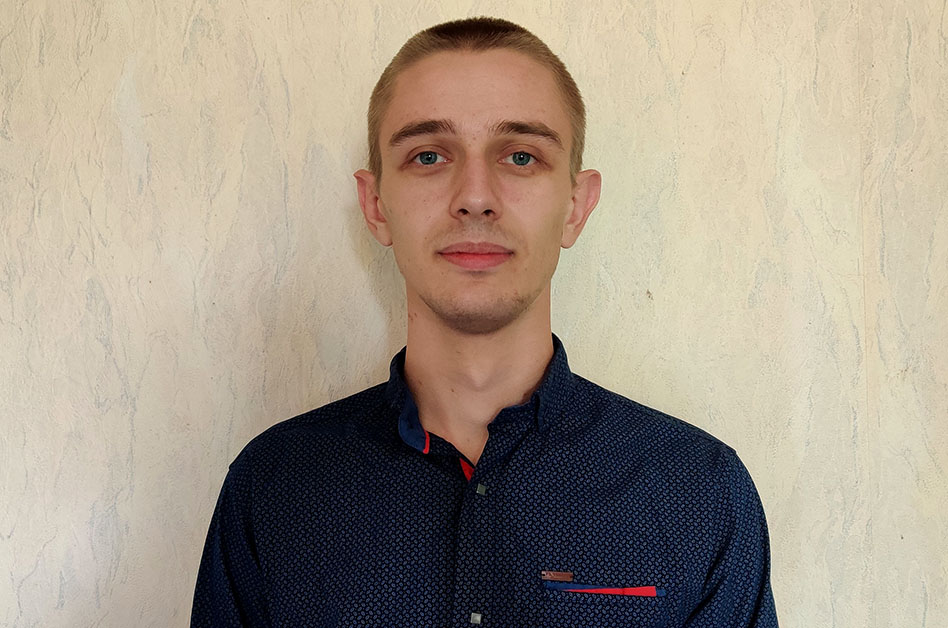 "Telerik Academy was one of the best decisions in my life"

Ivaylo studies Computer and Software Engineering at the Technical University of Sofia. But he didn’t need to finish his formal education to start working as a Junior Software Developer at Americaneagle.com, thanks to the Telerik Academy Alpha C# program. 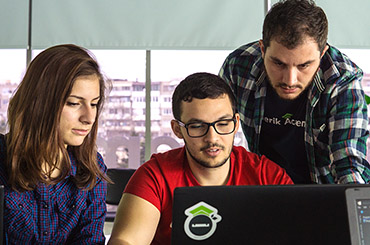 How We Do It: From Zero Coding Skills to Master Junior Developer in 6 Months

Is it possible to become a Master Junior Developer in 6 months without previous experience? Yes, and it's time to learn how.