Alpha
01/12/2021
For 12 years now, we've been helping people jumpstart or accelerate their careers in the software industry, thus changing their lives and helping the sector grow. But behind every success, there is a personal story. We'll be sharing some of those stories in the upcoming weeks - from colleagues (past and present), graduates and guests. 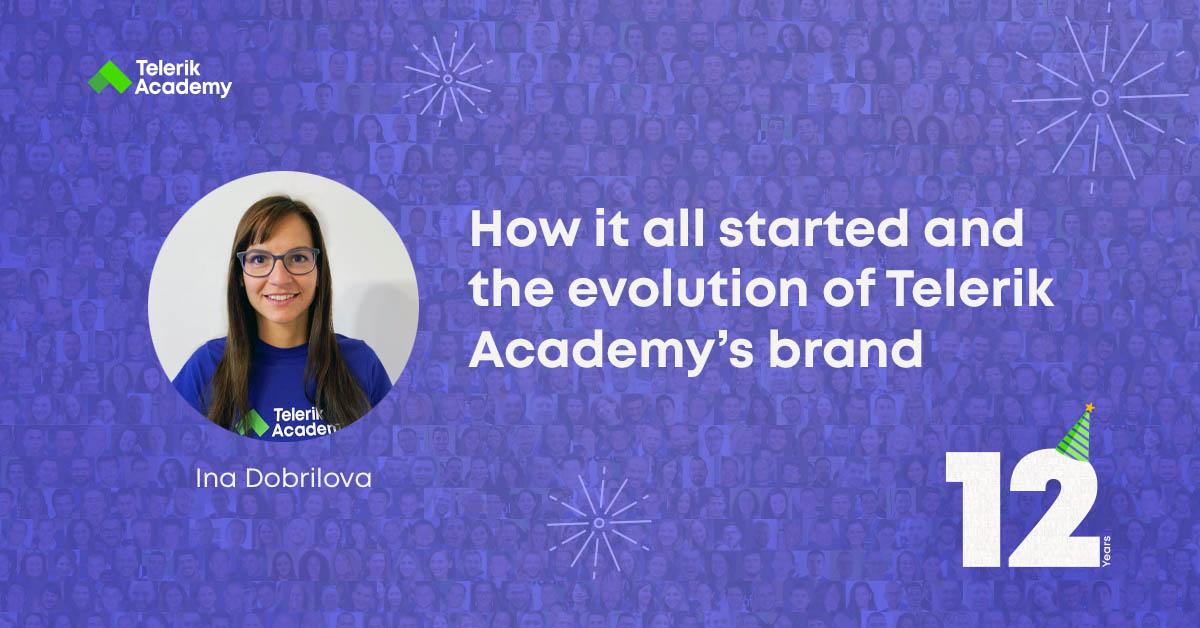 It feels strange taking an interview from Ina Dobrilova, but at the same time, it's so easy to talk to an old teammate. A colleague who joined the team in 2011, helped build the Telerik Academy brand and was among the people responsible for its growth for the last 10 years. Ina was Director, PR and Marketing, and after so many successful years working at the Academy, she took on a new journey. Today, she is one of our latest graduates and a Software Developer at VMware.

But let's start from the beginning to learn more about the start of Telerik Academy.


Ina, you were part of the team that built the Telerik Academy brand from the ground up - so, let's start from the very beginning. Did you feel that what you were making would change the lives of so many people and help the local IT industry grow?

The Academy was established in 2009 due to Telerik's need for great software engineers and the lack of such well-prepared talent. But we all knew from the beginning that the Academy's potential was much more significant than serving one company's needs and that we could help many people in Bulgaria jumpstart a promising IT career. Thus, having a positive effect on the development and the growth of the sector with the highest added value for the economy, creating more possibilities for the capable and ambitious people to stay in Bulgaria.

That's why Telerik Academy is and always has been more than a business venture. It's an example of how with a lot of hard work, you can build an organization that is thriving and has an immensely positive impact on society.


What was the biggest challenge in the beginning? What did it teach you?

Every beginning is challenging but also full of valuable lessons. One of the obstacles we encountered during the Academy's early years was the lack of trainers.

We were looking to expand our programs and the number of students, but we didn't have enough trainers. That's when we decided to invite colleagues from Telerik and graduates of the Academy to join and train the future IT talent. Many people dedicated their time and were ready to share resources to teach pro bono at the Academy. What's even more impressive is that over the years, most of the team's technical trainers have come from the Academy.

For me, there were two lessons from this situation. First, there is a solution to every problem, and second - if you are doing something good and doing it right, you'll always find like-minded people. 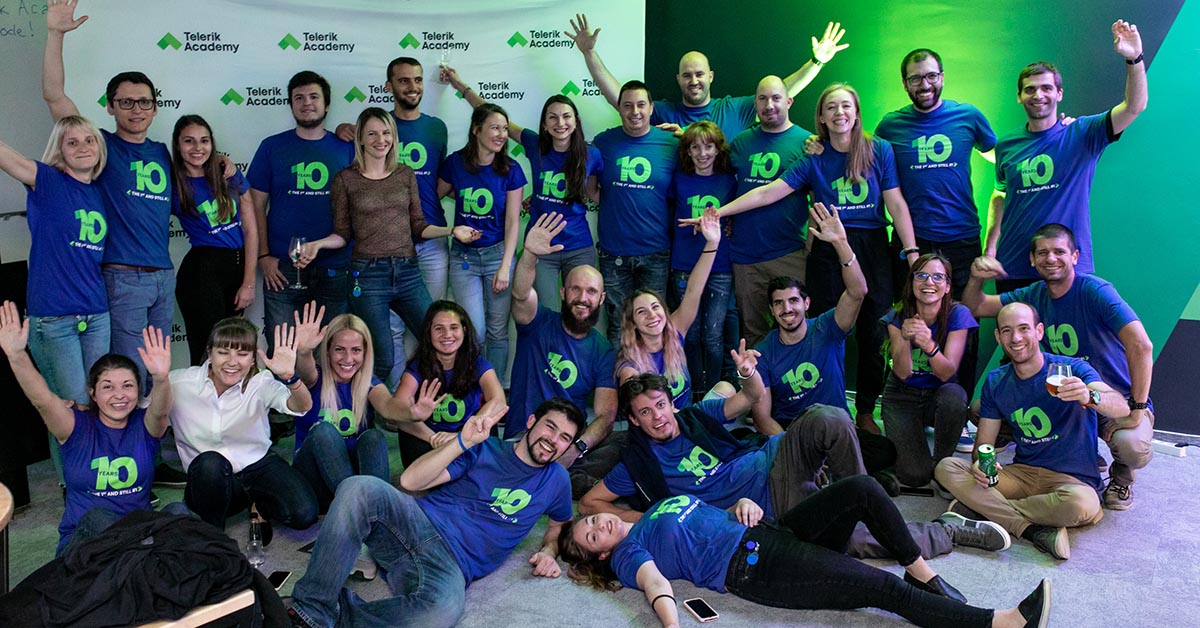 When the Academy was founded, there were no other similar training institutions in Bulgaria - how do you gain people's trust when you are first in the market?

In short, with uncompromising quality.

But to give a little more context, you must communicate your services and how they help people in a clear and open manner. The most important thing is for this communication to be authentic - deliver everything you say you will.

In Telerik Academy, the quality of our training and their practical nature has always been our defining feature. That's why our greatest evangelists are our students. They have a front-row experience of the program, and thanks to their newly-developed skills, they managed to jumpstart software engineering careers. Their success is the most powerful catalyst of trust.


Which was your proudest moment during the Academy's earliest years?


There were many. For example, at the very beginning, when we were training one cohort per year, I had the opportunity to get to know each student in person. I had the chance to experience their milestones with them - their graduation, their first IT job, their wins during international competitions such as NASA Space Apps Challenge.

One of my favorite tasks back then was to share their success stories - purposeful, brave, honest. I was proud of every student.


In 2017 Telerik Academy spun off into an independent tech-ed organization - what has changed for the team? And for the students?

In 2017, we switched from an initiative led and funded by the tech company Telerik (Progress) to an independent organization.

Hence, we had to swiftly build a business plan, a partner network, and transform the programs to even better meet the market demands. It all started with a small team. But with the help of the Telerik's founders and the vision of Alexandra Mechkova, we managed to lay the new foundations of Telerik Academy within months. These are the same solid foundations the Academy keeps building upon today.

The changes for the students were even greater. In 2017, there was just one IT career jumpstart (Alpha) program, whereas today, the Academy organizes 15 trainings per year. They include programs for people who want to become software engineers and for professionals eager to accelerate their careers in areas, such as DevOps, Salesforce Commerce Cloud, Product Management, UX/UI Design, Digital Marketing, React. As a result, learners have more opportunities to grow their skills and join the IT sector.

In retrospect, we had to grow really quickly, ramping up our team and programs, while keeping the same high quality the Academy is famous for.


Has the mission of Telerik Academy changed after the separation from Telerik/Progress?

The Academy's mission has always been to train and help people jumpstart their IT careers. This hasn't changed over the years. With the separation from Telerik/Progress, however, the Academy had the opportunity to focus more on the local IT ecosystem - and more specifically, the skills businesses need. It has become a much more flexible partner to all companies. 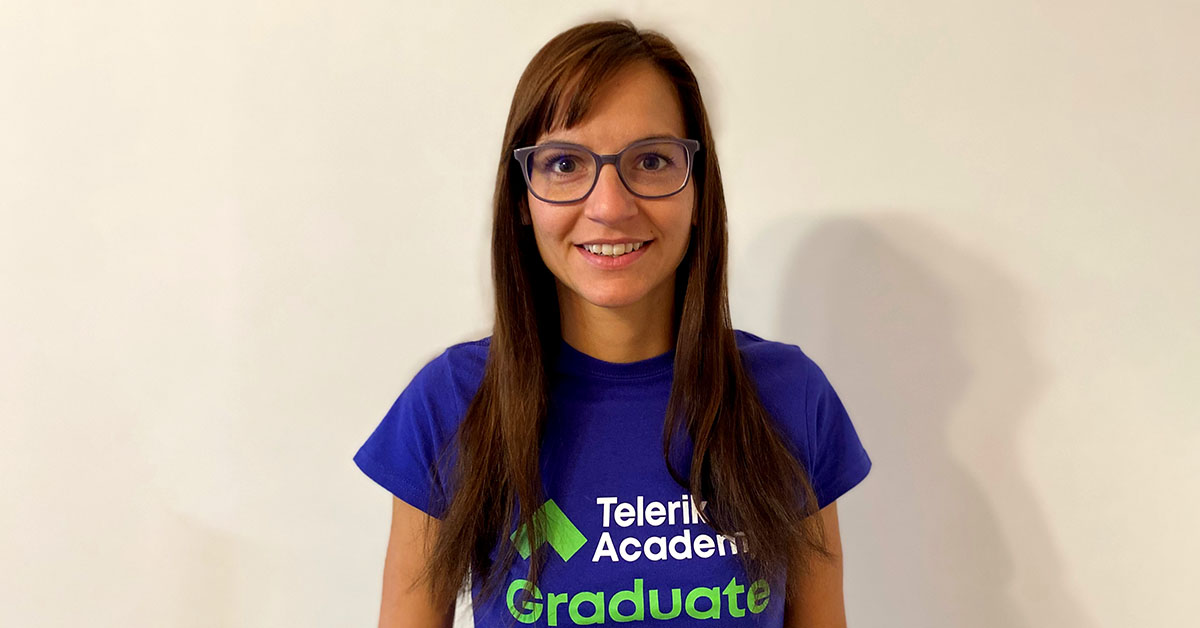 From the person who takes care of the message of Telerik Academy to reach more people for whom it will be important, you became part of the training for IT career start - what is it like to be "on the other side"?

Going through the Telerik Academy Alpha program was an unforgettable experience for me. It's a dynamic and demanding endeavor, especially for someone with an entirely different professional background.

At the same time, it's built in such a manner as to create all the necessary prerequisites for students' success. I've always known it in theory, but now I had the chance to experience it in practice. Within two weeks of graduation, I had 10+ job interviews. All the questions I was asked during those interviews were discussed in the Alpha program. Ultimately, even though I had no prior experience, I could choose where to start my IT career. I attribute this to the Academy.


What surprised you in the Alpha program?

I used to work with all of the trainers in my Alpha program and had very high regard for them. Nonetheless, they managed to exceed all of my expectations. Never in my prior learning experiences have I met such dedicated professionals who are always willing to help and love what they do.


What will you wish to Telerik Academy for the next 12 years? 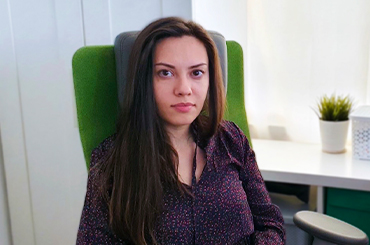 Two months after graduating from Telerik Academy Alpha C#, Yoanna started her first IT career as a C# developer. Learn what helped her achieve her dream. 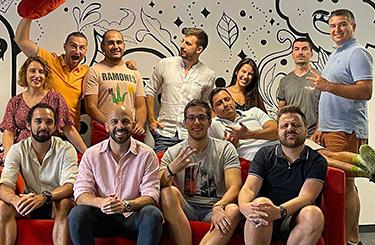 ST6: The untraditional company that wants to invest in Bulgarian IT talent

ST6, one of our partners, is a self-management company that doesn’t have managers or bosses - an excellent environment for junior talent growth. Learn more! 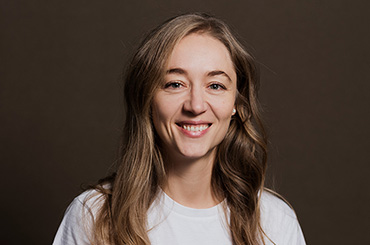 How we redesigned our website [and won two awards for it]

Here's how and why we decided to redesign our website - an interview with Polya Vassileva, Telerik Academy's Creative Director, about the challenges and the lessons learned.